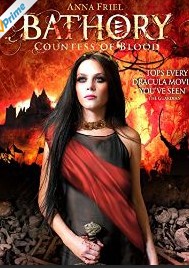 Would you like to watch a film that will give you a little introduction and insight in the history of Slovakia and Hungary. This is of course first of all fiction, but still there is a sense of history to it, so if you want to prepare for your trip to Bratislava with a historical drama, then do not miss out on the film Bathory.

The film Bathory was released in 2008 and it has the title: Bathory: Countess of Blood. The film was directed by Juraj Jakubisko, and it was his first international film. The actors and actresses taking part are from Slovakia and the area, and that can clearly be heard by their English, but that only gives a greater atmosphere to the film. The story of the film is based on the story of Erzsébet Bathory, a women and a Hungarian countess in the 16th and 17th centuries.

The film has received quite a lot of awards and turned especially popular in the nations of Slovakia, Czech Republic nad Hungary, but as someone getting ready for a trip to Slovakia and to Bratislava, this will for sure get you in the right mood and it will make sure that you have some questions ready to ask your guide as you arrive to the city of Bratislava.

Now you are probably ready to take a look at the Bathory trailer, so enjoy it and enjoy watching the film!