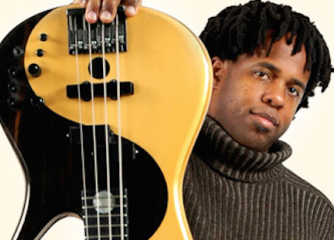 The annual festival of jazz will be held in Bratislava again this year. It is one of the most popular international jazz festival in Europe. Every year it attracts thousands of people from all around the world and from the neighbour countries.

The first festival was in 1975 when Slovakia was part of the Soviet eastern block and was isolated from the western influence. It has been the 40th occasion since the first Bratislava Jazz Days was held the first time. Visitors can enjoy the best jazz concerts and best performances during the festival. The Bratislava Jazz Days is offering a wide range of concerts from the best Slovakian and from the best international bands such as the Slovakian Starts of Jazz, the Les McCann & Javon Jackson Band from the USA, Robert Cray Band which is an American band, Robert Cary who is a blues guitarist and singer who won 5 Grammy Awards during his career and Hugh Masekela who is from South Africa and several other musicians.

The Bratislava Jazz Days will take place in the capital of Slovakia, in the heart of Bratislava. The festival will be held from Thursday 23rd October until Sunday 26th October 2014. Tickets for the festival are already available, daily tickets are for 25 and 35 euros, a daily V.I.P. ticket is for 65 euros, a three days festival ticket is for 60 euros and for V.I.P. it costs 90 euros. V.I.P. festival pass is for 180 euros, but there are daily tickets for 14 euros and at the door for 18 euros. All the V.I.P. includes cold and warm meals buffet, alcoholic and alcohol free drinks in the V.I.P. zone.

For more information on the festival check the official site. Find out more about other events in Bratislava.