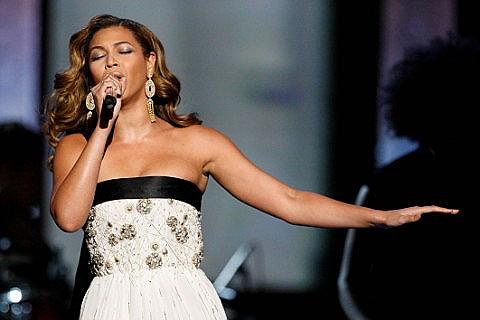 With spring comes great concert, and so also in Bratislava, the capital of Slovakia. Trees turn green, flowers bloom and Beyoncé Knowles gives an unforgettable concert.

The queen of R&B was born in Houston, in the United States in 1981. The world started to recognize her name in the 90s, as a member of the popular band, Destiny’s Child. The girl trio broke up in 2003, after that Beyoncé has started her solo career, what is very successful nowadays too. One proof is she has already won 16 Grammy Awards.

Beyoncé is successful in all part of life, like in her personal life. She and her husband, the rapper Jay-Z got married in 2008, their first child, Ivy Blue Carter was born in 2012.

If it’s possible, to be a mother made Beyoncé more and more beautiful. But don’t worry fans! Beyoncé has time to her career and family too.

Her worldwide concert tour, The Mrs. Carter Show will be in this year, and one stop is the wonderful Bratislava. The concert date is 19 April 2013 in the Slovnaft Arena, which is Slovakia’s one famous sport stadium. The arena opened in 1940, but don’t be afraid of its age, the last renovation was in 2011. Its capacity is more than 10,000 people. Mostly it’s the place of hokey matches, but as we can see, there are concerts too.

Do not miss the 2000s’ one most successful singer’s concert! Have fun!