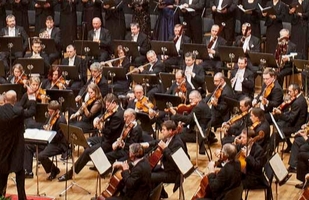 The Bratislava Music Festival is an international music event in Bratislava in Slovakia. It is one of the biggest music festival of classical music in Slovakia. The festival is organised by the Slovak Philharmonic and its president Edita Gruberova.

The first Bratislava Music Festival was held in 1965 between 8th April and 7th May but since 1971 it takes place at autumn opening a new season each year. The festival is member of the European Festivals Association since 1973. There will be plenty of concerts during the festival from all over the world. Visitors can listen to the best performances from the most famous and worldwide known composers of all time. At the international music festival visitors can see the best concerts and they will have the chance to get to know different orchestras from different countries such as the London Symphony Orchestra, Israel Philharmonic Orchestra, Orchestra National de Lyon and Weiner Philharmoniker and several others as well. The Bratislava Music Festival will take place from 21st September on Sunday, the first concert will be at 7.30 in the evening at the Concert Hall of the Slovak Philharmonic and the last concert will be 12th October in 2014 at 7.30 in the evening.

For more information on the festival and the tickets check the official site.

For information on other events in Bratislava, click here.